Who do you think you are

Een werkelijk prachtig programma over familie afkomst is te zien op de BBC met Engelse beroemdheden in de hoofdrol. Dit najaar wordt begonnen aan de 5e serie.
Volgens het BBC persbericht zullen de volgende personen in het voetlicht worden gezet:
"Who Do You Think You Are? returns to BBC One for a fifth compelling series, later this year, with six well-known faces from the world of politics, television, design, acting and fashion.
Patsy Kensit, Esther Ranzen, Jodie Kidd, Laurence Llewellyn-Bowen, Boris Johnson MP and Jerry Springer all embark on emotional, personal and constantly surprising journeys.
These journeys cross centuries and continents to uncover compelling family and social histories.
Actor Patsy Kensit's late father was an associate of the Kray Twins. Apprehensively, Patsy embarks on an investigation into her father's murky past; wanting to understand the roots of his criminality and to discover how far back "the family trade" goes.
Broadcaster Esther Rantzen believes her family history is exclusively a story of genteel middle-class respectability, but there is mystery and tales of a black sheep in the family that has always intrigued her.
Great-grandparents on both sides of model Jodie Kidd's family were awarded titles. On one side is the legendary Lord Beaverbrook. But when Jodie heads up to Newcastle to find out more about her mother's grandfather the mysterious Sir Rowland Hodge, a Newcastle shipbuilder, she uncovers an early 20th century political scandal.
Designer Laurence Llewellyn-Bowen has always felt a close connection to the sea and wants to discover how far back his seafaring roots go.
Boris Johnson sets out to find more about his roots in Turkey, in particular his great-grandfather who was also a journalist and a politician.
Television host Jerry Springer's Jewish parents had escaped to London from Nazi Germany just three days before the outbreak of the Second World War. Jerry sets out on a poignant and painful journey that take him from New York and back to Germany.
Who Do You Think You Are? is made by Wall To Wall and attracted more than six million viewers to the last series.
Maxine Watson, Executive Producer for the BBC, says: "We are always delighted when Who Do You Think You Are? returns for a new series, it is a well crafted, veritable treat."Voor de voorgaande series kun je hier klikken: Who do you think you are ,en een keus maken uit de sterren voor een nadere kennismaking.
Gepost door mijn noordwijkse afkomst op 21:38 Geen opmerkingen: 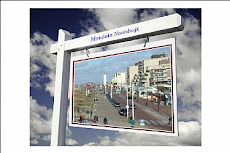 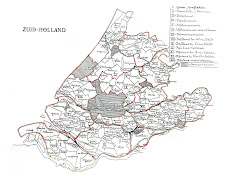 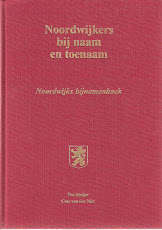 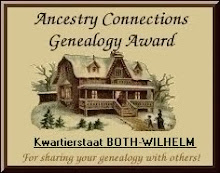